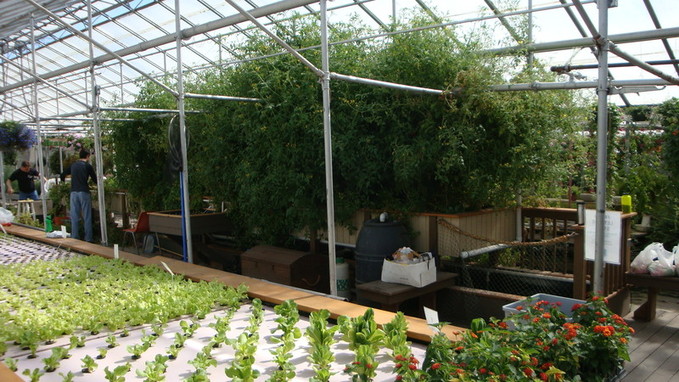 It may be the most sustainable way on the planet (or even in outer space) to grow food.

Aquaponics combines the best qualities of Aquaculture and Hydroponics.

Aquaculture - Fish have been raised for food since around 2000 B.C. by the ancient Egyptians. Aquaculture is the fastest growing form of food production in the world. The U.S. has an annual seafood trade deficit of $ 9 billion, the third largest component of the trade deficit behind oil and cars.  We import 84% of the seafood we eat, up 63% from a decade ago and half of that is farm raised.

Hydroponics – About 160 years ago scientists discovered that plants could thrive given optimum conditions.   Plants grown without soil had increased growth rates, yield, and improved flavor.

The Aztec Indians raised plants on rafts on the surface of a lake in approximately 1,000 A.D.

Growing Food Locally is important to the community. According to the United States department of Agriculture 12.8 million people in Illinois spend $48 billion a year on food and $46 billion was imported. Fruits and Vegetables travel an average of 1500 miles to get to our plates.

By extending the growing season to allow year round food production and utilizing the greenhouse as an incubator, the Wolf Pack is working diligently to find innovative ways to end food deserts and produce locally grown food to help eliminate hunger.